Talk of the Toile – Old Stuff and Rocky Pastures

The Designer Show House at the Kenneth Roberts Estate in Kennebunkport opened to the general public on Saturday, June 23.  “Rocky Pastures”, as the estate was called when Roberts lived and wrote there from 1938 until his death in 1957, is a 97 acre property including a field stone country house.  The property is currently for sale for $2.7 million; hosting a show house on behalf of a charity often helps to sell such a property.  The proceeds from this show house benefit the Kennebunkport Historical Society.

I arrived in Kennebunkport early on Sunday morning, slowly making my way south back to the Coop after a week of activities completely unrelated to interior design, fine furniture, and decorator fabrics.  Saturday night’s hard rain cleared; it was a spectacular day of bright sunshine and dry air.  Since the show house didn’t open for a few hours, I decided to put on my sneakers and walk along Ocean Avenue.  Kennebunkport is a peak-tourist destination; it’s also a fantastic town for walking.

Even though I was sporting Laura Petrie plaid pants, I hoped my “I belong here” attitude and determined stride would prevent me from being labeled a tourist.   I’m familiar with the neighborhoods in and around Walker’s Point, so I turned off the well-traveled path just beyond The Nonantum and sallied forth unnoticed.  I even got the “locals wave” from a gentleman wearing a Woodchuck Hard Cider t-shirt who was working in his garage.

The stately foxgloves were in bloom all over town. 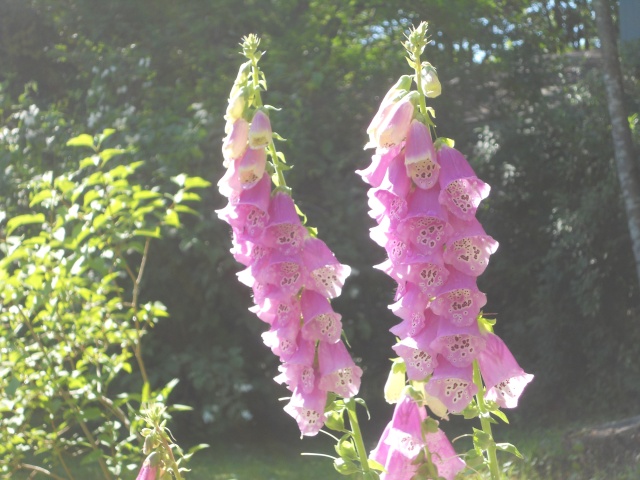 Preoccupied and writing outlines of future blog posts in my head, I almost missed the “Estate Sale” sign.  I considered skipping it, but something drew me to whatever treasures might be nestled in the woods.  The old dormered gambrel needed a little love, but it had good bones.  A Buick Roadmaster station wagon was sitting in the driveway, looking like the owners had just unloaded groceries.  $3,500 or best offer.  I was tempted. 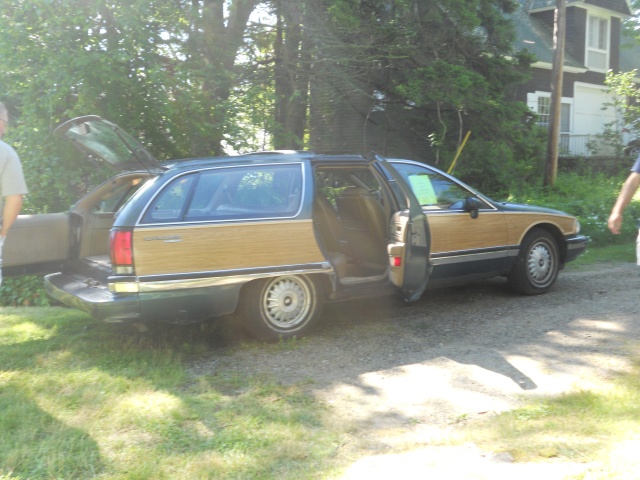 I’m not ashamed to say that I used to daydream of having such a gas hog back in the days when I thought perhaps I would be a stay at home mom and antique collector.  My life didn’t turn out that way and since the Roadmaster’s low clearance probably wouldn’t work in an agricultural setting, I crossed it off my mental list of possible purchases and made my way into the house.

Although many things were in their place, there was a musty sadness in the house and I wondered how many years had passed since it had been filled with laughter, liquor, and lobsters.  An old silk wedding dress was poised on a dress form in the foyer; I’m not sure if anyone else asked “Miss Havisham?” to themselves.

Antique dealers and collectors were scurrying around, grabbing things and making piles.  (Estate sale rule number one:  never touch a pile a collector has started.)  I didn’t need anything; I was looking for a story.

Forest green floral wallpaper was peeling and sagging off the stairwell walls.  I wanted to take a small piece as a souvenir, but the same restraint that kept me from snapping a picture of the wedding dress kept me from helping myself to a scrap of wallpaper.

The dealers and collectors were everywhere, snatching at textiles, making quick inspections, and then dropping things.  Seven or eight aprons lay on an iron bed in one of the bedrooms and I grabbed them before anyone else saw them.  They smelled musty, but they were cute and they’d wash up nicely.  Besides, I was going to use them, not resell them.

I made my way through the rest of the house but all the grabbing and snatching tired me out and I paid for my aprons and left.  I walked to the end of the secluded dirt road which intersected with Ocean Avenue and there was Walker’s Point.  I looked at my watch and knew I had to step on it if I wanted to get to the show house when it opened.

I thought about that sad house and its lonely stuff a lot that Sunday.  I thought about my own stuff and whether I’d want someone pawing over it one day.  Just how much stuff does a person need, anyway?

I’m glad I had rescued those aprons.

The show house was perfectly lovely, even if it was anticlimax after the estate sale.  I met the designer Paula Robinson Roussouw and was impressed with the extensive reading and research she had done on Kenneth Roberts to inspire her living room design.  She was generous with her insight and patient with my questions.  She told me that Rocky Pastures had been a working farm during Robert’s lifetime; he was interested in agriculture.  He also loved the color orange.  The Portland Press Herald wrote about Roussouw’s work and the show house and said everything I might have said had I not gotten distracted by the estate sale.  They did not, however, mention that cloth booties are mandatory and going barefoot is not an option.

I still don’t know how much stuff a person needs, but there is some beautiful stuff to see at Rocky Estates.