Back in the beginning of the twenty-first century, when I was newly divorced, I used to go and listen to live rock and roll music.  Sometimes I would go to big concert venues where I would be one of thousands and sometimes I would go to little clubs.  One spring, I went to T.T. the Bears in Cambridge and saw a show by Robbie Fulks.  I had a few of his CD’s, including his commercially successful Let’s Kill Saturday Night.  I liked the title song, probably because one of the lines said “I’ve got the Mustang loaded…” and I was driving a Mustang GT at the time.  I don’t remember that much about the show, other than it wasn’t very well attended and I was able to have Mr. Fulks autograph my CD.  He wrote “To Julie-Ann, you’re the real deal.”

How could Robbie Fulks have known this about me?  Did I have some type of invisible halo over my head, like a neon crown, declaring my sincerity and admiration for Mr. Fulks’ music?  No, he was just signing autographs and that was probably his standard line.  He was a performer and I was a fan in his audience. 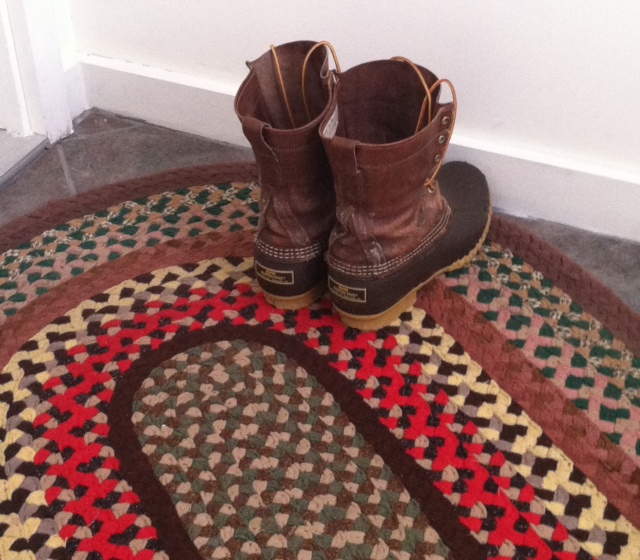 Over the holiday, Reggie told me he had watched the 1951 movie version of A Christmas Carol with his children.  He mentioned a scene in the movie which correlates with “Stave Three, The Second of the Three Spirits.”  In this part of the book, the Ghost of Christmas Present takes Scrooge around London to see various observances of the holiday.  He peeks in Bob Cratchit’s window and sees Tiny Tim give his classic toast.  When Scrooge looks into his nephew’s window, Charles Dickens wrote:

“After tea, they had some music. For they were a musical family, and knew what they were about, when they sung a Glee or Catch, I can assure you: especially Topper, who could growl away in the bass like a good one, and never swell the large veins in his forehead, or get red in the face over it. Scrooge’s niece played well upon the harp; and played among other tunes a simple little air (a mere nothing: you might learn to whistle it in two minutes), which had been familiar to the child who fetched Scrooge from the boarding-school, as he had been reminded by the Ghost of Christmas Past.”

Regarding this scene, Reggie said “It reminded me of something else, though, and that’s how much European parlor music is about sociability, about being together with people.  In America, it seems to have become performer and audience early on.  Or maybe I’m full of it.”

I assured Reggie he wasn’t “full of it.”  I think he’s on to something.  In the same way Robbie Fulks couldn’t possibly know enough about me to know I was the “real deal,” I didn’t’ know any more about him than his stage persona.  Expanding on this idea a little bit, I wonder sometimes how much we’re all performing for one another through social media.  Could it be possible that we’re all just acting?

2013 is almost over; as I prepare to flip the calendar into 2014, the word that is running around my mind is “authentic.”  Sure, I like it when things are pleasant and put together thoughtfully, but I like it more when things are real or authentic.

Be the real deal…right now.

This entry was posted in Experiments and Challenges and tagged A Christmas Carol, being authentic, Charles Dickens, faux people, Robbie Fulks, the real deal. Bookmark the permalink.