It’s that time of year…show time.  Home shows, flower shows, and of course, bridal shows.  Like indoor county fairs, these gatherings are often coordinated by professional event planners and sold to vendors as an opportunity to showcase their products and services to potential customers.  For a bridal show, vendors might include photographers, bakers, florists, and musicians.  Bridal vendors pay a booth rental fee at the event and hope the foot traffic of potential customers shuffling by will improve their business.  The business of America is business and trade shows are all about lead generation and selling a product.

Trade show popularity may be waning in the internet age, but during my brief employment at The White Sarcophagus, the late winter bridal show at UNH’s Whittemore Center was a big deal.

One cold January Friday, a petite blonde woman came into the Sarcophagus and marched into the office.  I was busy trying (once again) to fix the broken vacuum and when I got up and went into the office, she was working on the computer and making a phone call.  She put the receiver down briefly and said “I’m Carleen, co-owner.  Nice to meet you” and picked the phone back up.

In the two months I’d worked for Bay Bracken, she only mentioned Carleen once or twice.  Some old newspaper clippings from the boutique’s opening had mentioned her, but since I’d never seen her, I assumed she was a silent partner.  According to Bay, Carleen had landed a job as a pharmaceutical sales executive over a year ago and she didn’t have much extra time for the bridal business.

As I worked on the vacuum, I overheard some of her conversations:

“We’re going to need 500 copies of that sales flyer, there’s no way we can print them ourselves.”

“We have plenty of bags; we’ll stuff them with tissue paper and put Hershey’s kisses in them.”

“How about we raffle off a wedding dress?”

A customer came into the store and I introduced myself, asking her questions about her upcoming nuptials.  While we were talking, Bay came upstairs from the spa.  She went into the office and closed the door.

Attending to the bride-to-be distracted me from what might have been going on in the office; she tried on five dresses and she asked if she could make a Saturday appointment.  I agreed that the last dress she tried on was absolutely gorgeous on her and she should come in with her mother and her mother’s credit card to finalize the beautiful transaction.

I wrote her name in the appointment book and she left.  Another happy bride-to-be.

I picked up the dressing room and put away the gowns, noting the particular one she would want to try on for her mother on Saturday.  More time passed and I heard Bay’s raised voice from behind the office door.

“We don’t have seven hundred and fifty dollars for a space at the Bridal Show.”

Carleen argued that the fee could be put on the Sarcophagus’s credit card and that the exposure and the additional business it would generate would be exactly what they needed.  Carleen said “We’ve always had a booth at the Bridal Show.  If we don’t show up, brides will think we’re going out of business.  I’ll handle all the details.”

After some silence, Bay said “OK.  Julie-Ann can help you with it.  I don’t have time for any of that.”

The door opened.  Bay and Carleen came out.  Carleen and I were formally introduced and she went into a sales pitch, telling me about the upcoming Bridal Show and what I could do to help her.  Bay slipped down the stairs and I was left with Carleen’s machine gun-like energy and excitement.  She explained how successful past shows had been for the business and how she and Bay had set up the booth and collected hundreds of leads.  The way she explained it, they did little more than show up with a wedding dress and the cash started rolling in.

After about 40 minutes of this assault, she looked at her watch and said “I’ve got to go.  We’ll talk more this weekend.”

She left and I looked at the calendar.  The event was only three weeks away.  I was skeptical about the whole thing and as the days passed, I came to understand that my role would be minimal.  I was the gift bag lady. 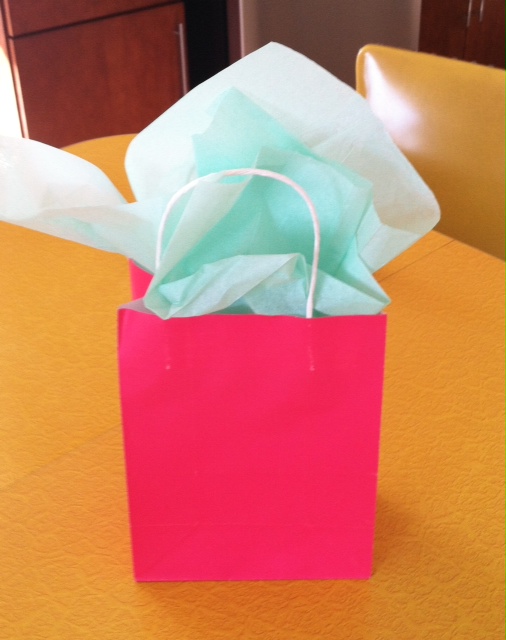 Bay and Carleen would “show up” and “sell the BLEEP out of the brand.”

The Sarcophagus closed at 4:00 p.m. on Fridays and as I pushed the broken vacuum around that day, I noticed a small stain in the carpet I’d never seen before.  In fact, there were a lot of stains in the slate gray carpet.  I looked around the boutique and wondered if it would be elegant and fabulous enough for all the new business the Bridal Show would generate.

Only time would tell if my worries were warranted.  Maybe Carleen was right and the Sarcophagus’s prosperity was “in the bag.”

This entry was posted in Friday Pillow Talk and tagged are trade shows a thing of the past?, Bridal shows and expos, The White Sarcophagus. Bookmark the permalink.

7 Responses to The Bridal Bazaar