As Luck Would Have It

I could go on and on about The Bridal Sarcophagus; that’s what I have done for the last ten Fridays here on the blog.  This is week number eleven.

What happened?  I got a nine-to-five job working for a large company doing what I had done on and off since graduating from college.  No more, no less.  I gave my notice at The Bridal Sarcophagus and within a day, I was persona non grata in that retail establishment.  Little Miss Ruffles was upset, but being very young and resilient, she got over it. We might have gone out for lunch a few times after I left and she kept me informed as thing “wound down.”  In a matter of months following my departure, The Bridal Sarcophagus went out of business.

Little Miss Ruffles presided over the “great unwinding” of the shop, selling everything except the backless upholstered “barge.”  She sold me one of the store’s French mannequin dress forms, which I thought might be useful in the future.  One day the shop was gone, quickly replaced by a “paint your own pottery” lounge, a consignment shop, and a nail salon, in that order.

Bay moved her spa across the street to a bigger and better location because waxing big hairy eyebrows is profitable.  I don’t know what happened to Carleen.

I lost track of Little Miss Ruffles for a few years until (as luck would have it) her third cousin got a job at my company.  In the course of idle chit-chat, we realized we had a mutual acquaintance and I was pleased to learn Little Miss Ruffles matriculated at the University of New Hampshire with a dual major in “Eco Gastronomy.”  She’s spent time studying in France, Italy, and the Napa Valley region of California.  She still waxes, buffs, and plucks at Bay’s spa on school breaks and summer vacations.

Her third cousin tells me she’ll be graduating soon and is hoping to get engaged to her long-time boyfriend.  Apparently, “she wants the ring” and knowing Little Miss Ruffles and her youthful spirit of determination, she’ll get it.  I hope she’ll remember that in addition to rings and things, she’ll need a dress. 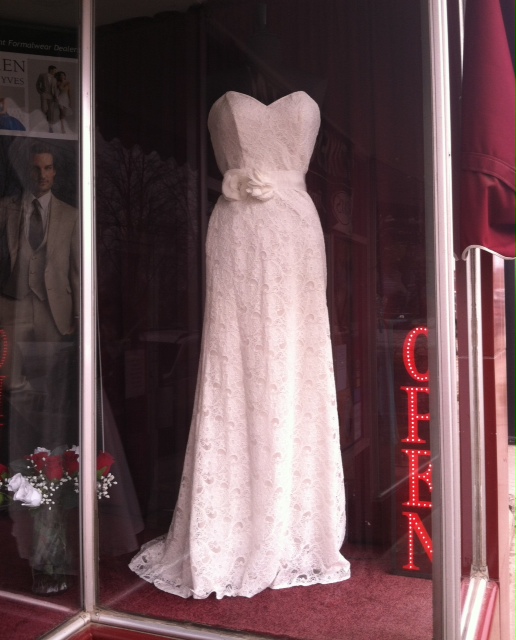 May she live happily ever after.

My blog friends, that ends the story of The Bridal Sarcophagus.  Join me again next Friday as I begin a new series called “I Wish I Had a Million Dollars.”

This entry was posted in Friday Pillow Talk and tagged Eco Gastronomy, getting the ring, nine to five jobs, retail jobs. Bookmark the permalink.

2 Responses to As Luck Would Have It