It’s been an interesting week here in Lisbon Falls.  No, no, no, my hometown is still wonderful and good things happen every day.  In fact, yesterday I had a trifecta of wonderful all during my lunchtime walk to the post office.

As I was turning the corner by the walking path, a runner jetted by me and said “Hello, Julie-Ann!”  It was one of the Moxie Recipe Contest judges!  We chatted as much as a pedestrian and a runner can chat, given the physics of walking and running.  As he ran off, I stopped and briefly chatted with Mr. Jim, one of my Davis Street neighbors.  He was pruning his raspberry patch, a perfect activity for the bright Maine day we were having.  I didn’t know there were yellow raspberries, did you?

I walked on and the pastor of the Lisbon United Methodist pedaled past me.  I don’t know him personally, but his passionate little congregation loves him and every time I attend an event at his church, I’m impressed by the joy in the building.  So I waved and said “hello.”

In the back of my mind, though, was an opinion post I’d read by serial entrepreneur Gary Vaynerchuk.  It was called “Stop complaining, you’re annoying me.”  You can read it here.

Vaynerchuk, known to his fans as “Gary Vee” is fascinating and energetic and I don’t know if I like him or not.  Intellectually, I agree that complaining has little value, but are we really in control of everything?  I had zip control of Ben Bernanke when he was chairman of the Federal Reserve and zero control over his successor, Janet Yellen.

Taking a few of my paper Federal Reserve notes, I bought a loaf of local artisanal bread the other day.  It looked dang good and I was thinking of toasting a slice and loading it up with fresh, local butter.  The sample I tried tasted good, soft and warm from the oven. 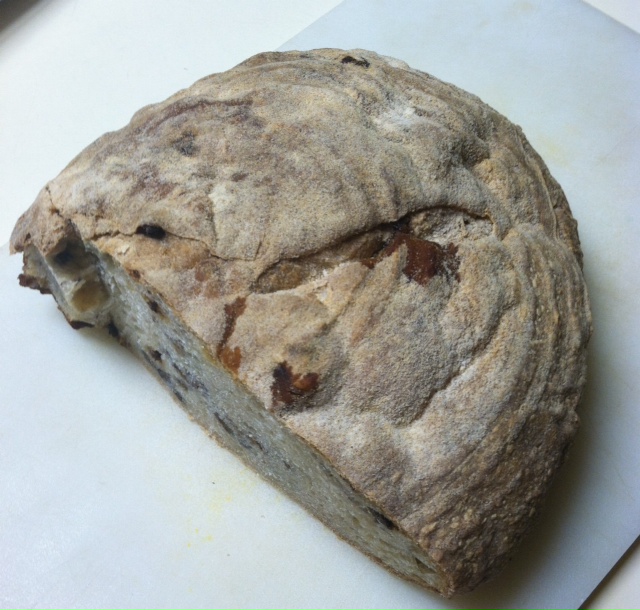 And yet…when I got home and sliced it…it was not so good.  In fact, it was hard and rubbery.  Yeast is a magical thing, not always gentle to flour.

I’m not complaining.  I cut it up, soaked it in buttermilk and Moxie and made a bread pudding out of it.

I’m not going to complain about my condemned furnace, either.  Thanks to Ben Bernanke and Janet Yellen, it’s better to spend money than to save it.  I even spent a little extra on a new oil tank, too.

I hired a couple of Uncle Bob’s buddies from his career in the oil business and they hung out in the basement for two days, laughing and listening to oldies on their boom box while they installed my new furnace and oil tank.  I could hear them laughing and singing while I sat in my office staring at my computer.

The best part of the day was the furnace “trial run.”

“Open up the windows, Julie, we’re going to start it up.  There might be a little smoke.”

There was a bang and a whoosh and a whir and suddenly, smoke came blasting out of my heating vents.  It was comical, actually, and I realized how high my ceilings were when I had to get up on a chair to turn off the smoke alarms.

But I’m not complaining.

In fact, everything is perfectly lovely.

In the event anyone else wants to complain about anything today, come sit next to me and I’ll listen to you.  I might get annoyed if it happens over and over, but I wouldn’t hurt your feelings by telling you that.  I might suggest, gently, that it was ok to be frustrated and sometimes life isn’t easy.  I believe in transformations of all types and maybe your complaint over coffee today will be just what you need to move forward to action.  Thank you to everyone who’s ever listened to my complaints.

Oh…and thank you, Gary Vee, for leading me to a reminder of one of my favorite Bible verses.

“For let us not grow weary of doing good, for in due season we will reap, if we do not give up.”

I certainly cannot complain about that.

This entry was posted in Friday Pillow Talk and tagged Galations 6:9, Gary Vaynerchuk, I am Pollyanna, I don't think you can monetize kindness, I'm not complaining, Jan Karon, Mitford. Bookmark the permalink.

4 Responses to I’m Not Complaining