This is a vacant house in my travels.  A long time ago, Mrs. Henderson lived here and I mowed her lawn. 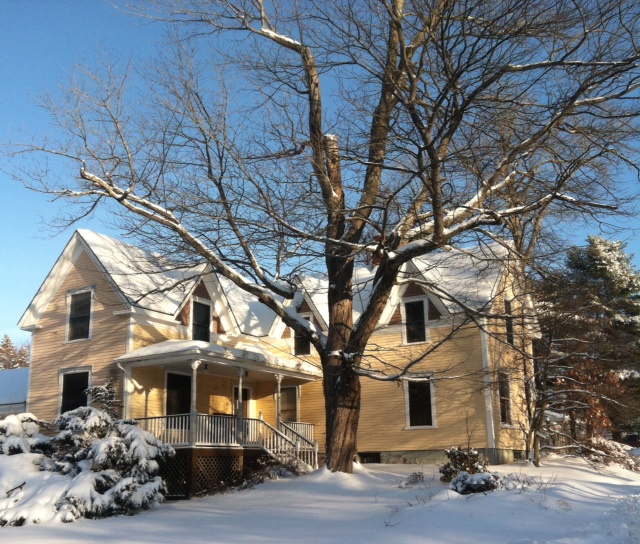 It’s been vacant for at least five years.  Why is that?  It’s stood up remarkably well for being empty all that time.  I’ve often admired it and wondered how the foreclosure business works.

This entry was posted in Minimalist and tagged foreclosures, the economy. Bookmark the permalink.

4 Responses to The Henderson House