I had never heard of the Vienna Union Hall until Peter Miller died.  I don’t remember how I heard the news of Miller’s death either, although it was a regional news story when it happened.

Peter Miller lived on his family’s woodlands in Vienna (pronounced vie-EN-nah).  He was found dead in his cabin on Sunday, December 6, 2009 and an investigation into his death by the state medical examiner determined he died of blunt force trauma following a wood-cutting accident.  His chainsaw was found near a tree a short distance from his cabin.

His obituary noted he had graduated from the University of Maine with a degree in English Literature.  That’s when I met him, in a class taught by Dick Brucher.  We read some plays together, one being The Playboy of the Western World by Irish playwright John Synge.   Miller and I would share another class together and pass each other from time to time in Neville Hall or the Memorial Union.

He had a stunning smile; he was kind, engaging, and intelligent.  Someday I’ll find the note he wrote to me when I graduated from college.  Following graduation, he went his way and I went mine.  Our paths would never cross again.

His obituary also indicated his love of playing blues guitar, the Red Sox, contra-dancing and the Vienna Union Hall.  In lieu of flowers, donations were suggested to this community building.

Since reading of Miller’s death these many years ago, I’ve thought of Vienna and the Union Hall from time to time.  Just west of the Belgrade Lakes, I’ve kept the place on my ever-growing “bucket list” of places in Maine I long to see.  When the local paper advertised the Union Hall’s season-opening concert on May 20, 2017, it was time to visit.

The Katahdin Valley Boys, a 4-man bluegrass band, took the stage promptly at 7:00 p.m. and played two lively sets to a full house of locals and “bluegass riff raff” as mandolin player Dan Simons called them.   Handy and I got there too late to sit in the cushioned, long deacon’s benches and had to sit in the balcony.  It was a toe-tapping good time, although our balcony seats were somewhat precarious.

In 2015, the Union Hall ran a successful campaign to replace their ancient outhouse with a new handicap accessible facility.  The “Our Outhouse Gotta Gogo” campaign raised approximately $11,000 and two plaques posted in the hall commemorated donors who contributed.  I didn’t visit the facility, but a news story regarding the completion noted it was not only well-lit, but also heated.

The locally legendary outhouse and the well-performed bluegrass music gave the remote venue an “old-timey” feel.  The Katahdin Valley Boys even played “Dooley,” a song made popular by the Dillards on the Andy Griffith Show. 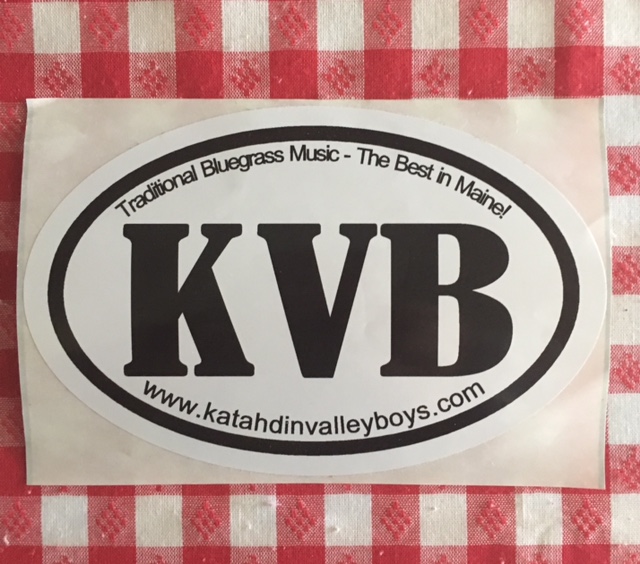 I don’t know if Peter Miller liked bluegrass music.  He loved the land he lived on, though, and in his memory, his sisters conserved his 60 acres of family land as part of the Kennebec Land Trust.  I’ll add this to my “bucket list” of places I long to go.

2 Responses to The Vienna Union Hall