No Need to Speed

It was election day yesterday and as some readers know, I filled my mother’s vacated election clerk seat when she retired.  I work at the polls.  The day began at 6:30 a.m. and ended at 9:00 p.m.

“The single best defense against fraud at the polls (never mind registration fraud, whole different problem) is the probity of citizens like you who worked the polls everywhere in the country, determined that the polls should be fair, no matter who won.”

It’s a long day at the polls and yet, it is incredibly enjoyable.  According to the final tally from the Lisbon Town Clerk, Twyla Lycette, 31% of the town’s voters cast ballots.  I do not have the breakdown between live voters and absentee ballots, but based on the reported 2,083 state ballots cast, I estimate I saw about 1,500 of my fellow town citizens.  In spite of dire warnings about the loss of community, I enjoy this opportunity to talk with friends and neighbors and meet new people.

I cast my own ballot during a lull at approximately 1:00 p.m.  I voted against the statewide “casino initiative” and I voted for Rick Mason to fill Gina Mason’s vacated District 56 Maine House of Representatives seat.  Mason carried the vote by an undisputed margin.

It was bittersweet to watch Rick’s son Garrett check the final tape from the voting machine when Lycette taped it up for the candidates to check.  The son gave his father a hug, signaling to me that his father had won.

Rick Mason’s opponent claimed the victory resulted from a sympathy vote.  It wasn’t something I would have said, but I am not a politician.  The opponent, clutched in the jaws of defeat for the second time, may have just been a bit hurt.

And so small town time marches on.  It’s Wednesday, I’m waiting for someone to put a piece of siding back on my house and I’m looking forward to another bright post-election November day. 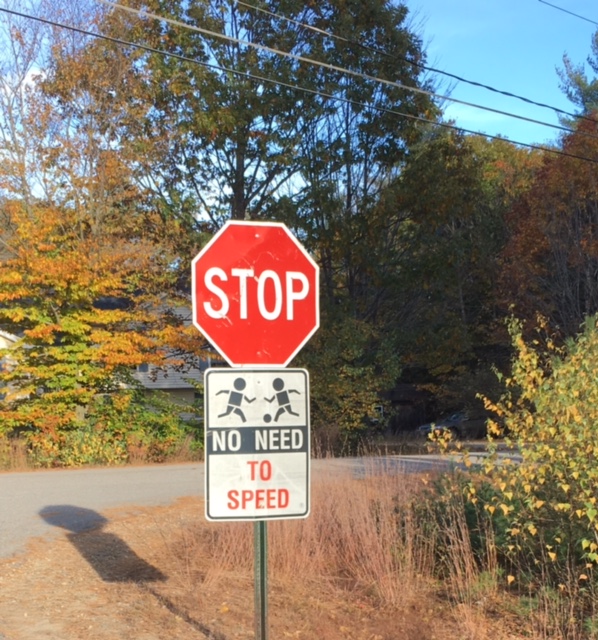 The Basilica series is over and I have a meeting with the Sun Journal editor to talk about a new series.  My “Mason” for Maine House signs are down and I’m thinking about Thanksgiving.

No need to speed, we will get there.

This entry was posted in Home and tagged Gina Mason, Rick Mason, Thanksgiving. Bookmark the permalink.