As early as 2003, I was chronicling my societal decline sightings.  In December of that year, I scribbled the following on a scrap of paper:

“I was struck by the general malaise at Wal-Mart tonight.  Everyone was wearing sweat pants.  I could not help but think some of people’s problems stem from not looking their best when they step out in public.”

I have impossibly high standards.  How can I not?  In my fifth-grade papers, I found a mimeographed copy of Douglas Malloch’s poem “Be the Best of Whatever You Are?”  I grew up hearing “if it’s worth doing, it’s worth doing well.”

As evidence of this principle, my mother’s trash barrel is cleaner than many homes I’ve visited.  It’s immaculate and it never smells bad.  I love putting the garbage in the barrel for them when I visit.  Lifting the lid is like a step back into another time; a cleaner, gentler nation.

The secret to Helen’s impeccably spotless trash barrel?  Well, she CLEANS it, obviously.  Or maybe Herman does it.  And she’s thoughtful about disposing of things.  No loose liquids and random non-contained meat wastes.  “Meat wrappings smell the worst,” Helen told me.  She carefully recycles things that can be recycled and passes her compost to me every week.  The piece de resistance?  She puts moth balls in the bottom of the barrel so it never smells bad.  Moth balls smell quite nice when the alternate scent is decaying garbage.

Garbage is a problem for me.  I work during many of the transfer station’s open hours.  I don’t like going on Saturdays, when it’s an insane free for all…an accident waiting to happen.

I dated a man who went to the transfer station every day and for some unknown reason, he did not want to transport my garbage.  Seriously.  He went there every damn day to either bring garbage or pick garbage (he’d been “talked to” about this by the powers of trash that be).  And yet he was offended when I asked him to take a bag of garbage to its eternal rest for me.  A few times I paid him, but then I stopped asking.

Look, it was just garbage.  I was not looking for a white knight to save me.  Kind of late for that, don’t you think?

We live in a strange world. 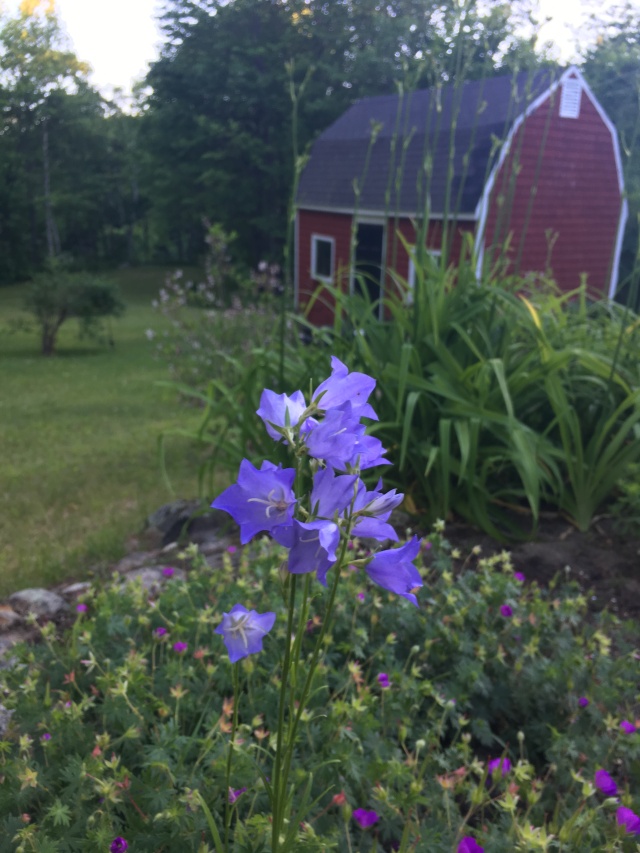 (Platycodon grandiflorum does not stink.)

Herman was incensed that the “garbage man” could not assist me.  Helen had a few choice words.

The solution?  Helen and Herman now pick up my garbage every week.

Yesterday, Helen brought me a package of Enoz moth balls and I’ve popped a few in the trash can.  I even sprinkled a few in strategic places around the garage.

So much for airing dirty garbage and chronicling societal decline…enoz is enoz.

This entry was posted in Just Writing and tagged the garbage in your life. Bookmark the permalink.