When I was in college, one of my dorm mates had a line that would come out anytime the conversation took a turn to literary things.

“Have you ever read Atlas Shrugged?”

It was 1984, and it’s likely there was some dark British pop music playing in the background and the air was filled with cigarette smoke.  Cigarettes were popular in some sections of my all-female dormitory and even in the jock-strap-filled all-male dormitory across the way.

My response to this one-trick pony was always, “yeah, it’s on my list” but I had no intention of reading Atlas Shrugged that semester.

I enjoy reading.  I don’t do enough of it when the daylight is long.  After “falling back” an hour and putting my garden to bed, I started thinking about the books I would like to read over the winter.  This year, in anticipation of possibly selling my condo and moving, I decided to pack up all of my books, with the exception of one small bookcase; I packed a total of 8 boxes of books.

My winter reading list is incomplete, but the following books have been selected, in no particular order:

The Pilgrim’s Progress by John Bunyan

Four Arguments for the Elimination of Television by Jerry Mander

On Writing by Stephen King 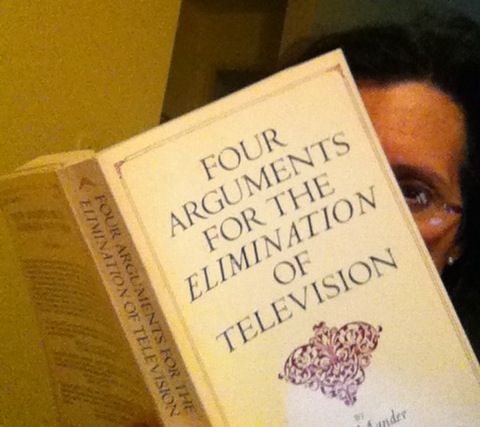 I need something big and epic; I’ve thought about Anna Karenina by Leo Tolstoy but I’m still not sure.

What one epic novel would you recommend I include on my winter reading list?

3 Responses to Have you read…