The hill outside my house has become a drag racing strip.

Yesterday morning, a small black car drove slowly up the hill and stopped halfway.  The driver put the car in reverse and slowly backed down to the bottom.  Then, in a petroleum-powered fury of smoke and noise, he matted the accelerator and squealed up the hill laying down a thin layer of burning rubber.

It happened again yesterday afternoon; it was a different car.   There’s a cult of squealers in my neighborhood, I guess, and they don’t know I write a blog.  I had no choice but to call the Po Po.  I gave them my name, address, and date of birth.  I thought the date of birth was an interesting item of data to collect, too.  Perhaps there is a marketing firm that collects and collates demographic data about the squealers who squeal on the squealers?

But that wasn’t the squealing I wanted to do this morning.

I was thinking back on a recent disappointment.  I was once again trying to “do something nice for myself” and practice a little “self care.”  According to friends and family, I don’t do that enough.  So I made an appointment to get my nails done.

The salon was bright and new; it had a retro vibe.  The staff were friendly and attentive.  I had a great time, laughing and talking nail talk.  Then the stylist/nail technician started applying a third coat of color.  I questioned her.  A base coat, TWO coats of color, and a top coat is usually the norm.

She cheerfully assured me THREE coats of color would be just fine.

My nails dried, I cashed out and even made a follow-up appointment to have my nails done the next week.  Had I finally found the warm and cozy place I could visit regularly to “do something nice for myself?”

On the third day of my new manicure, I was running my fingers through my hair and the entire left middle finger’s FIVE coats of nail polish lifted up, up, and away and landed in my lap. 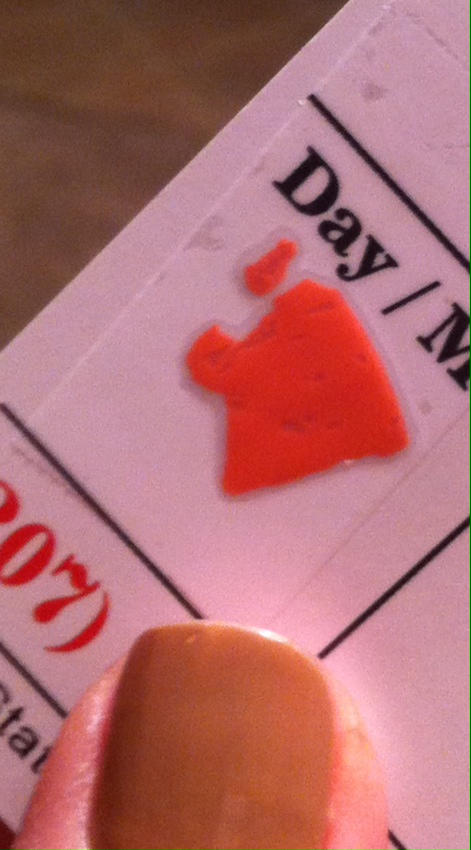 I looked down at my nine other fingernails.  Each one showed signs of lifting at the edges and it was just a matter of time until they went up and away as well.

I thought about going to my scheduled appointment and “giving feedback” about the botched short-lived manicure, but would it really have made a difference?  I’ve found many trained professionals are sensitive to criticism.  And “lodging a complaint” takes up so much energy.  So I cancelled the scheduled appointment and took out my nail polish remover.  Back to the drawing board and back to painting my own nails.

I’m only “sort of squealing” and not sharing the name of the salon.  My days as a “consumer watch dog” are over.  Besides, I’ve got bigger fish to fry now, what with the drag racing going on outside my front porch.  If they were vintage wheels I might not mind.

Some might say getting friendly with the local constabulary would be considered “doing something nice for myself” but I’m not sure.

Buddy, gonna shut you down.

This entry was posted in Friday Pillow Talk and tagged buddy gonna shut you down, calling the cops, first world problems, tach it up. Bookmark the permalink.
Loading Comments...