If you’re a regular visitor to this blog, you know I rarely write about politics.  That does not mean I am oblivious to the machinations of men aspiring to be President of the United States, or POTUS.  Handy’s got hundreds of Tee Vee channels; I watch a little bit of news from time to time.  I listen to the radio, I read a local newspaper, and I read news on the web.  I almost forgot Twitter, which I use as my news aggregator.  I “follow” several local news personalities and papers like The Boston Globe and The New York Times.  There are others I follow and this selection of “major media outlets” covers the spectrum from left to right in providing headlines.  Having now established my “credentials” as a news consumer, let us move on to the subject at hand.

Putting aside his “feelings” about Donald Trump as the Republican presidential nominee, he says citizens of all stripes need to “step back and take the long view, and to begin building for that.”  He says candidate Sanders and Trump have “reminded us how much pain there is in this country.”  Then he provides evidence of this pain by noting that the suicide rate has “surged to a 30-year high.”

He states that Trump is not the right response to this pain and death.

“The job for the rest of us is to figure out the right response.”

I scratched my head as I read the sentence.  I wondered who “the rest of us” were.  The essay’s introduction implies that there is an “us” and a “them.”  The “them” are killing themselves based on some vague and unknown pain sweeping across the hinterlands; the “us” must find the answers.

Then Mr. Brooks wrote two sentences that blew my mind.  He says “I was surprised by Trump’s success because I’ve slipped into a bad pattern, spending large chunks of my life in the bourgeois strata—in professional circles with people with similar status and demographics to my own.  It takes an act of will to rip yourself out of that and go where you feel least comfortable.”

I could sympathize for a moment; it’s natural to want to spend time with people you enjoy, people with whom you can be yourself…drop an “F” bomb with on occasion and maybe tell them how much you miss smoking cigarettes.  But where is this “bourgeois strata?”  He must mean his suburb of Washington, D.C.  Are there not doormen and cab drivers there?  Barber shops, nail salons, and maybe a Whole Foods?

His comment unleashed more than a few snarky commentaries across social media.  For me, I was most struck by the final sentence of his “bourgeois strata” paragraph.

“We all have some responsibility to do one activity that leaps across the chasms of segmentation that afflict this country.”

I can’t share all the comments I penciled in the margin of my printed copy of the Op-Ed.  “Self-righteous silliness” was one of them, but maybe that was what someone else said about it.  Yeah, there were a few “F” bombs.  I know it’s not ladylike.

I’m sure David Brooks is a perfectly lovely person.  He’s accomplished certain things and checked off many of the boxes of life.  He has an outlet on a well-respected media stage, The New York Times.  I’m sure he has his own personal pain.  But seeing how other people live and understanding their pain is not some charity project or checklist.  I won’t even go into his six suggestions because, to use an overused cliché, they make my head explode.

He ends his article by implying he won’t waste his time on Trump.  He says “the time is best spent elsewhere, meeting the neighbors who have become strangers, and listening to what they have to say.”

This op-ed has swirled around in my head all week and at times, I’ve looked out the window in my office and asked myself “I wonder what Wendell Berry would say about all this?”

Maybe David Brooks is giving a block party this summer in his quest to meet the neighbors who have become strangers.  He could always host a screening of The Seer at The Uptown Theater.  Maybe after the movie, everyone could “meet and greet” over gelato or something, but nothing too formal or planned. 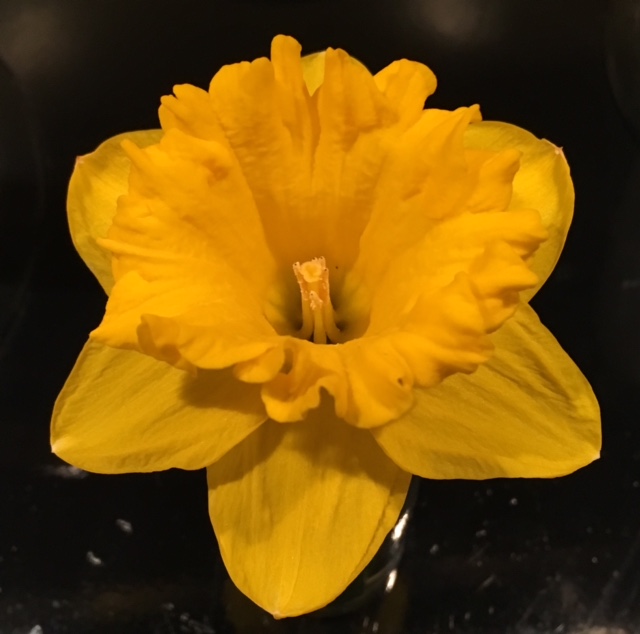 I am snarky and cranky this morning; I should have written another post about daffodils or tulips.  Or maybe a commentary on Martha Stewart’s weeding woes.  Martha, I share your pain.