My sleep has been out of whack since we “changed the time.” It’s not the earlier darkness; it’s something in the morning that discourages me from getting up. It’s warm under the covers.

Today is no different, but I’ll start my coffee and then I’ll start up my computers. These are my tiny little technological steps towards beginning the day.

Last week, my mother and I visited one of her oldest friends, Madeleine, at a hospice near our town. My mother and Madeleine grew up together, speaking French and chumming around in the Franco-American world that once was Lewiston, Maine. They both graduated from Saint Dominic’s High School in 1956. When my mother married my father and moved to Lisbon Falls, Madeleine married her husband and also moved to Lisbon Falls. I always loved hearing them randomly break into French talk and laughter. There was a certain conspiratorial and cliquish quality to it; I’m sure the Slavs and the Yankees in town didn’t quite understand. I had spent enough time around my French-Canadian relatives to be comforted by the melodic and happy words.

Although I’m not a doctor or nurse, there were signposts during our recent impromptu “visite” which indicated this would probably be the last time my mother and I would see Madeleine. She was having trouble breathing and the nurse delivered a plastic cup of morphine as the late afternoon shadows crept in at the window.

My mother called me yesterday to let me know that Madeleine had died at 2:30 p.m. Dusk was falling and I was just rounding the corner of Route 196, by the corpse-like hulk of the Worumbo Mill. I was on my way to dinner at my friend Shelley’s and when I got to my destination, it seemed natural to talk about this sadness. It’s good to have friends who are not afraid to talk about uncomfortable and imperfect topics. 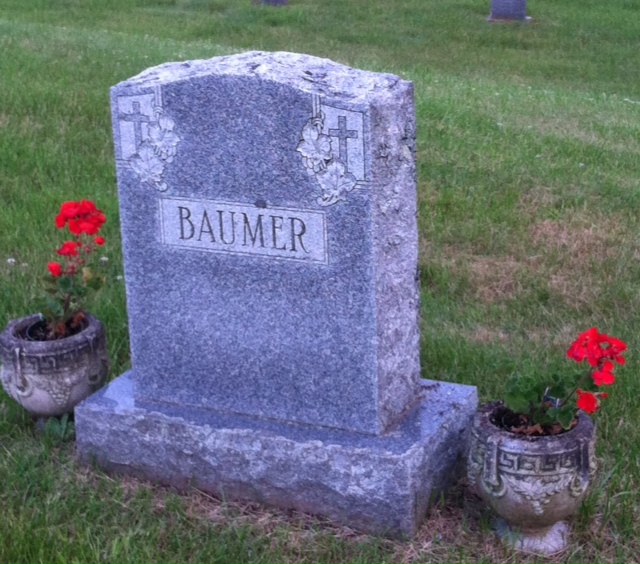 I’m not a stranger to death and funerals. When I was very young, one of my cousins died and it was sad and strange. Although we didn’t talk about it a lot, my parents didn’t try to shield us from it and my brother and I went through the funeral motions with the rest of what was then a very large extended family. Pontificating about the meaning of life and death, however, was the realm of priests and poets, not us peasants.

These days, pontificating about life and death are the realm of physicians and pharmaceutical companies. Many people don’t want to talk about it, hoping that there will be some cure found before it is time for the inevitable conversation. It seems like a fool’s errand, this pursuit of the horizon.

It reminds me of a poem by Stephen Crane.

This entry was posted in Just Writing and tagged French-Canadians, Lewiston, Madeleine Perron, no man knows the hour, Stephen Crane. Bookmark the permalink.