Maybe it was the Pie

On a typical Wednesday in Lisbon Falls, if there were still party lines, you might overhear this conversation:

There’s an awkward pause and then I say, “Do you think I could come over at lunch?  I just want to ask you a few questions about the day I was born, get all the details clear in my mind.”

Lunch for three; it’s a new recipe my mother is trying out. Something with Swiss chard from the farm share.  Not bad.  Helen will make it with kale the next time.

We’re finishing and I bring up the topic.  My mother neatly puts her cutlery on her plate and begins.

“Your father was working eleven to seven that week and we’d just finished dinner.  The Earle’s stopped by, Bill and Connie.  Connie was a nurse and she looked at me and said the baby looked really low.  Dr. Spear had told me my due date was August 18 and I didn’t have any reason to think I’d deliver early.”

“The Earle’s left and your father took a nap before going to the mill. He left for work at 10:00 p.m. and I was hungry.  Aunt Anna had sent over her homemade blueberry pie and I ate a piece and went to bed.”

“Not long after going to bed, I started to feel sick.  I thought maybe it was the pie.  Then, my water broke and I called the mill.  Your father had just started his shift and he left to come back home.  We dropped your brother off at Aunt Anna’s and went to what was then called Central Maine General Hospital in Lewiston.”

“Dr. Spear was on vacation and Dr. James was covering for him; he arrived at the hospital and you were born a little bit after 3:00 a.m.”

I never get tired of hearing this story.

I asked my father what he thought about me.  He said “you cried a lot.  You were a crybaby.”

My mother said I used to sleep all day and cry all night.  She’d get up and rock me in the bassinet and then she’d slip back to bed only to hear me crying again.  It was a long three or four months, what with my father working swing shifts.  Everyone was sleep deprived.

And what about my brother, Jim?  What did he think of me?

“He was a little jealous at first; that’s normal,” my mother said. “Then, we found out he was putting crackers in your crib.  Saltines.”

No wonder I’m a cracker junkie.  My brother was stuffing them in my crib.

So there you have it.  Fifty years ago today I was born, following a late-night snack of blueberry pie made by my godmother and aunt, who was also born on August 7.  In honor of blueberries, aunts, and crying babies, I bought two pies at Grant’s Bakery.  If you’re in Lisbon Falls today, stop by and have a cup of coffee or tea and a slice of pie…blueberry, of course. 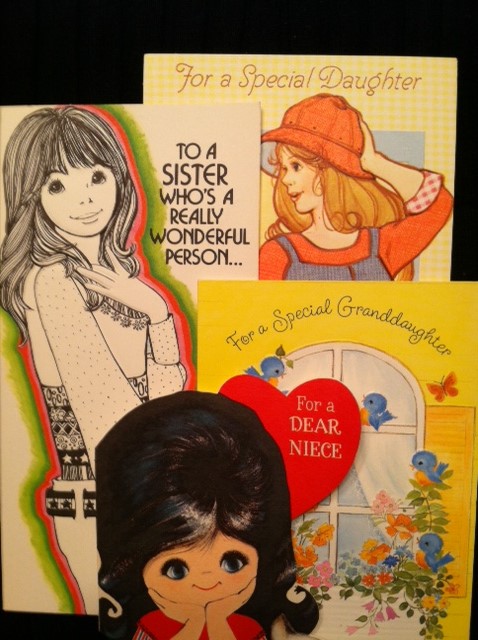 It’s always a good day for a party!

This entry was posted in Abundance, Home and tagged Birthdays, blueberry pie, I was a crybaby, Tante Anna. Bookmark the permalink.

2 Responses to Maybe it was the Pie