Do You Mind Playing in Severe Cold?

I’m marking today as the day we hit “peak January” here in New England.  We are tired of hearing our furnaces run, the late December ice deposits are impervious to salt and calcium chloride, and a winter storm is sending nervous eaters to the grocery store.

I blogged about this topic on this very same day in 2016, giving further evidence to the old biblical theory that there is nothing new under the sun.

My blogging brain is a blank slate this month.  I have many stories in the “Blog Ideas” folder, but little time to develop them.

The New England Patriots livened up the dull landscape last Sunday.  Everyone I knew was extremely nervous before the game.  Extremely nervous.  My weekly football friends were predicting a loss.

“Phillip Rivers wants this game.  There will be no margin for error.”

But like I said, there is nothing new under the sun and the Patriots were victorious.  It’s made me wonder if the losses the team suffered on the road earlier this season were a calculated plan by The Hoodie to mess with mass minds.  He is that type of four-dimensional genius.

There was a slight tone of mockery in Brady’s voice on Sunday, after the Patriots defeated the Chargers 41 – 28.  He told a reporter in his post-game interview “I know everyone thinks we suck, we can’t win any games.  We’ll see.”

A few days ago, a reporter asked The Hoodie this question:

“Do you mind playing in severe cold?”

I have listened to Belichick’s straightforward and genius response at least 100 times because it makes me literally laugh out loud in these early morning hours.

“Love to play in a championship game.  Schedule it wherever you want.  We’ll be there.”

The team’s recent marketing campaign is crafty, too.  Or Krafty.  The playoff rally cry is “everything we got.”

The world hates the Patriots.  Whatchagonnado?

Here in the old hometown, my refrigerator is already stocked for the weekend and the game. 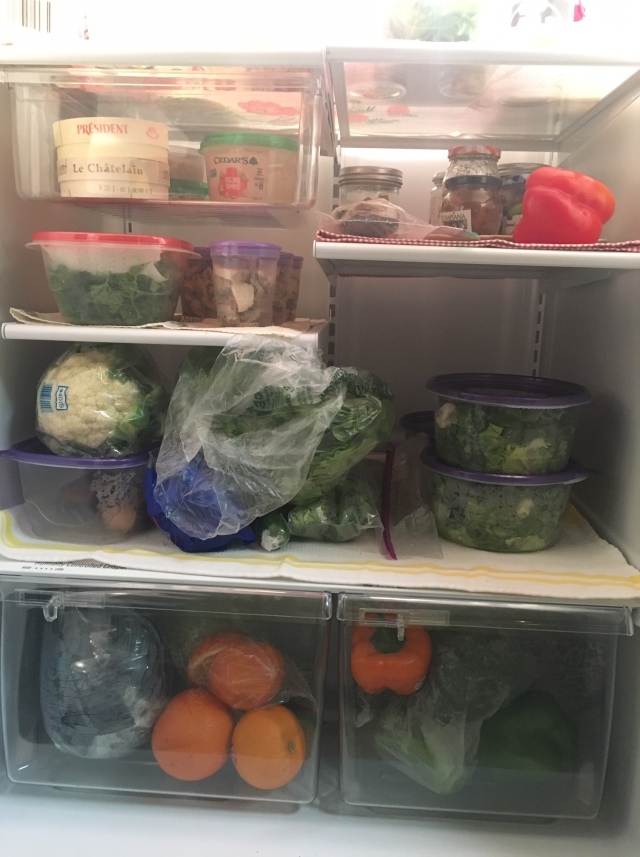 Salads.  I make salads.  Want a salad?  Come on over to my house and I’ll make you a salad.  But don’t come over on Sunday because I’ll be watching football with my nervous friends.

This entry was posted in Cooking and Food and tagged #everythingwegot. Bookmark the permalink.
Loading Comments...
Comment
×